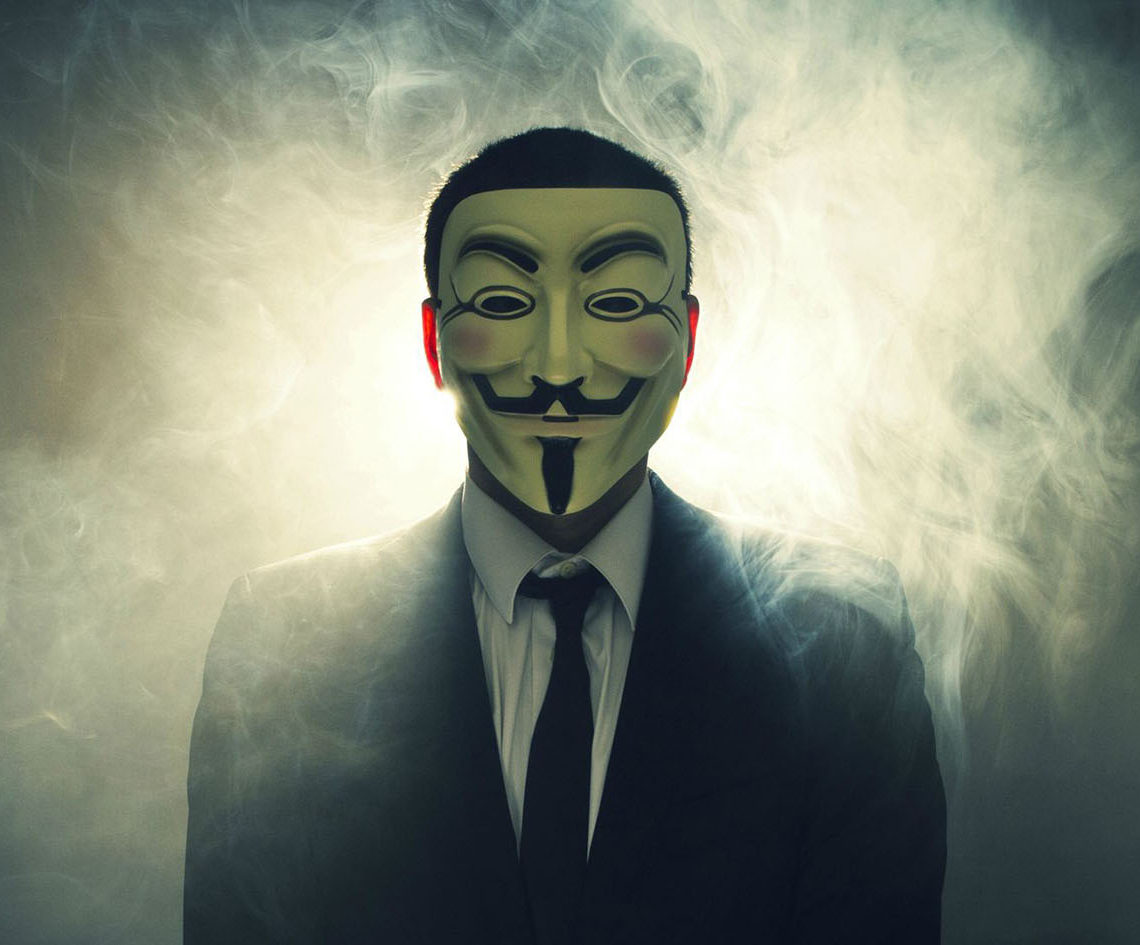 I should begin this article with two caveats.

Caveat One: I get 90% of my news from article teasers.

Caveat Two: I’m 90% confident this isn’t a problem because: a) the articles themselves are incredibly biased (including articles by me); and b) thanks to Twitter and text messaging, I’ve learned to parse complex narrative meaning from contextualized, truncated prose.

For example, I can read a teaser that says “UN: Iran is working on nuclear arms” and know instantly it’s an article about a new UN report making a case for Iran’s production of nuclear weapons, so I don’t read it. Do I need to know anything else? Probably not. Is there definitive proof? No. Is Iran denying working on nuclear weapons? Yes. Is anything happening right now that requires my immediate attention? Nope. If the topic of Iran and Nuclear weapons requires my immediate attention, I like to hope the article teaser would look something like this: “Iran has nuclear weapons!!! [email protected]%#!!!!!”

Similarly, if I read an article teaser that says “Lindsay Lohan poses nude for Playboy,” I don’t need to read the article to know exactly what’s important. Does the article itself have nudity? Nope. Is Lindsay Lohan going to be my generation’s Drew Barrymore? Undoubtedly. Will I see any of her movies five years from now once she unbleaches her hair and puts on enough weight to become adorably pudgy? Only if my wife moves it to the top of our Netflix queue without me noticing.

Turns out, this method is great at helping me get a sense of what’s important and worth learning more about, versus what’s not important and not worth my limited time. So when every major mainstream and social media news outlet makes a big deal about the death of Steve Jobs, I know I should learn more. But when only ABC News talks about Ricki Lake’s performance on Dancing With The Stars last night, I know it’s not worth my time.

Now for the contradiction to my personal news aggregation methods. Over the past few weeks, every major mainstream and social media outlet has featured articles on both Anonymous, the “hacktivist” digital collective, and the Occupy movements. Clearly, they’re worth knowing more about. And yet, I haven’t read a single article about either. Best of all, I’m about to very publicly weigh in on both topics. In other words: don’t expect any sort of journalistic integrity established through well-researched arguments.

(Don’t be so shocked. Journalistic integrity finally died five years ago. You know… back when Lindsay Lohan was relevant.)

As more and more stories appear about the friendly folks of Anonymous (please don’t DDoS aarondinin.com for writing about you… I’ve only got one server) and the officially unrelated but undeniably similar Occupy demonstrators (please don’t occupy my condo… I’ve only got one bathroom), I find myself increasingly inclined to avoid learning anything about them. I don’t want to know what websites got taken down and why. I don’t want to know which governments are violating what principles of freedom. I’ve even taken to using a different route to reach the highway so I don’t have to drive by an Occupy campground, though that may just be because they cause lots of traffic jams.

I guess it’s time for me to admit it. As a white, American, male, middle-class, well-educated, twenty-something-year-old struggling to pay my bills and wondering which government bureaucracy spent my piece of the American Dream, I’m officially a traitor to the cause. At least, that’s what I feel like, and I’m pretty sure that’s kind of the point. I imagine if I was one of the people occupying someone else’s street or web server, I would want all the folks in my position not championing the cause I’m championing to at least feel guilty. I hope anyone reading this article from a tent or… well… wherever an Anonymous person would be reading this from (your parents’ basement?) feels a slight sense of victory knowing you’ve made me feel guilty. Hell, I even feel guilty about that “your parents’ basement” jab. My problem is, I don’t know what I’m supposed to feel guilty about.

The obvious solution to my problem would seem to be for me to stop reading article teasers and start reading the articles themselves. But I’m pretty sure that’s not the solution. While I might not have read the articles in the mainstream and not-so-mainstream media about Anonymous and the Occupy movements, I’m confident those articles don’t give an accurate picture of what’s at issue. I’m equally confident the folks involved in both movements would agree. The media isn’t in the business of spreading the ideologies of movements, but that’s what’s at stake: warring ideologies.

The war, however, isn’t between who you think it is. The war I don’t understand isn’t digital hacktivists versus governments and supporting corporations cracking down on civil liberties. Nor is the war I don’t understand the battle between the privileged social and economic elite versus the people who, in a raw global economy, are getting a particularly raw deal. I understand both of those wars. To put all my cards on the table, I understand both those wars all too well from both the civil liberties side and the 99% side.

The war that has me both confused and concerned — especially as someone who should be riding the same horse in this race as the Occupiers and Anonymati — is the conflicting ideologies of Anonymous and the Occupy movement. I’m going to reach deep into my southern heritage here and add some good ole’ fashioned “y’alls” to these next statements because they’re that important: Y’all are working against each other. Y’all are contradicting each other. Y’all need to stop activisiming long enough to recognize that, in the digital world, your ideologies are inherently incompatible. And finally, y’all — and maybe even we — need to reconcile the two movements in order for either to succeed.

I don’t need to read a bunch of news articles to understand the foundational principle of the Anonymous movement (thanks Wikipedia!). Anonymous is clearly about acting collectively as a de-individualized entity in order to affect large-scale social change. It’s about acting as a “we” instead of an “I.” By doing so, governments and corporations are no longer accountable to individual people which they can easily defeat. Instead, they’re forced to be accountable to a much larger and much more powerful entity — a digitally organized, decentralized, anonymized collective. It’s a collective that crosses borders, both social and geo-political, meaning it’s not limited to the traditional constraints of laws, wealth, and social reach. In short, the power of Anonymous is that its membership can’t be treated like individuals.

While the strength of Anonymous comes from forcing governments and companies to not treat them as individuals, the Occupy protestors — and they may or may not realize this — are fighting against de-individualized and de-personalized treatment. For proof, consider the reason for this recession. The reason, if it can be boiled down to a single reason (which, luckily, on a macro level, everything can be), is statistics. Not “statistics” in the same sense as math class — that would make my argument awfully anti-climactic, huh? No, I mean statistics in the sense that corporations aren’t concerned with what will please individual consumers. They’re concerned with the overall trends of consumerism. They need to know what decisions will maximize profits and minimize costs. Doing so means not caring about Chris in Cleveland who got laid off and can’t make his car payment or Sarah in San Francisco who’s $100,000 in debt after graduating from Stanford. Corporate policies are determined based on what makes the most money, and making the most money requires ignoring the individual and focusing on the collective.

If we wanted to place blame somewhere — and I know I want to place blame somewhere — the number one candidate for our anger is greed. But before we can lambast corporate executives or political leaders for aspiring to success and doing what’s best for themselves, let’s not forget that, in seeking change, we’re also being greedy; we’re also asking for more for ourselves.

Instead of placing blame on an individual or an entity acting in its best interest, I’m going to suggest we do what’s best for everyone and blame an inanimate object. Specifically, I vote we blame the Internet. And no, I’m not suggesting we all stop using the Internet. Certainly don’t stop using it before you Tweet, Like, Digg, Stumble, Reddit, and otherwise socially disseminate this article out into the great digital void. What I am suggesting is the Internet depersonalizes our communications and our social interactions. We’re no longer individuals interacting directly with our friends and family. More importantly, we’re no longer individuals interacting with those companies we do business with. Instead, we buy online because it’s more convenient. We trade stocks online because it’s faster and cheaper. And we try to affect social change online because it’s easier than sitting in a tent. Are those bad things? I much prefer to order a book from Amazon than go to a store, even if that store treats me like a person, provides a coffee shop, gives me free wifi, and lets me hang out as long as I want (RIP, Borders). But should we be surprised when companies stop treating us like individuals and start treating us like statistics? To them, that’s all we are. That’s all we really can be. By increasingly choosing to live more of our lives online, we all make ourselves Anonymous.