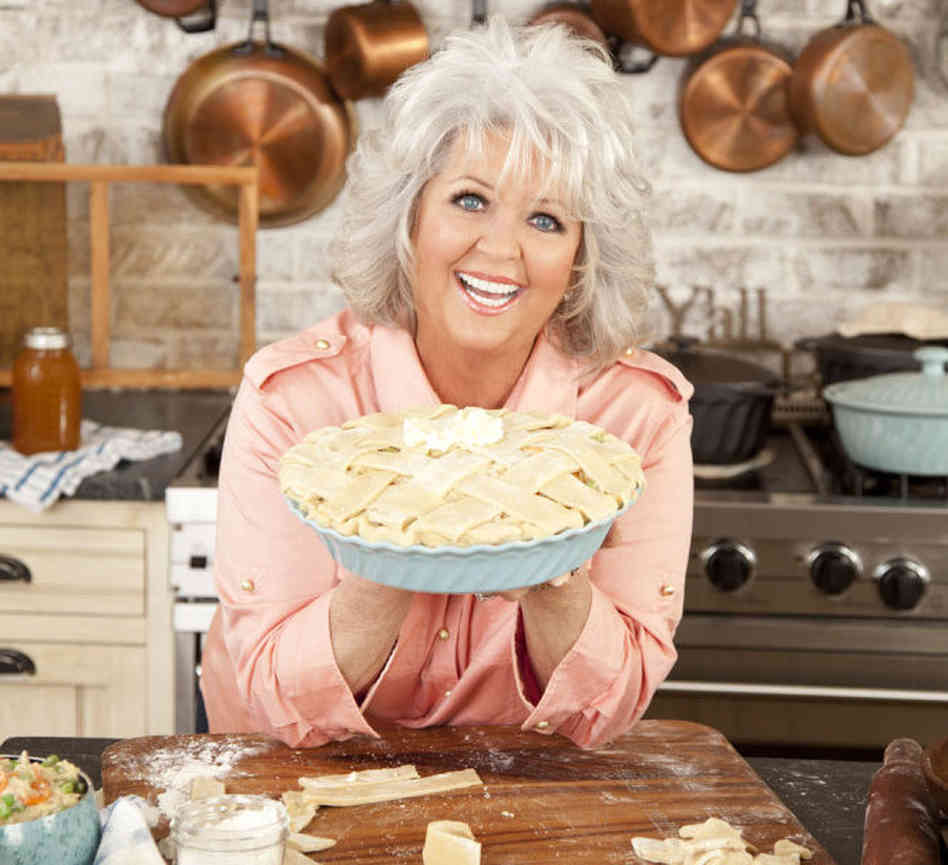 As a person who has made his living on the Internet for nearly a decade, I, as much as anyone, have had reason to keep my eye on congress’s SOPA and PIPA legislation. Even though people were screaming about its terribleness months ago, I was never worried. “It’s never going to pass,” I argued. “It violates not only some of the founding principles of our country, it also violates the very logic of how the global Internet works.” Even as discussions and arguments about SOPA heated up, my belief of its certain failure never wavered — I knew it wouldn’t succeed. I was sure of it. But after yesterday’s Internet blackout to raise awareness, I’m not so sure anymore, and it’s all because of Paula Deen.

Let me start by explaining why I watch The Today Show. When life’s necessities — wife, family, house, job, etc. — finally forced me to become a morning person, as I sat down for breakfast, I would turn on the TV. Before settling on The Today Show, I decided I’d try to educate myself about world events, so I started watching the big cable news networks. I needed only a few days to remind myself of why I never watched 24-hour news networks in the first place. I got so mad at all the editorializing and sensationalizing that I actually found myself getting angry, and I carried pieces of that anger with me throughout the day. So I tried to switch to something lighter: sports. At first, ESPN seemed like a good morning dose of information about something that didn’t take itself too seriously, but I quickly felt like I was being brainwashed by a culture that already prioritizes sports far more than it probably should. I couldn’t respect myself for believing things like a Duke-UNC rivalry game was the most important thing happening in the world while I knew wars were being fought, people were starving, and new iPhones could be coming out any day.

I finally placed The Today Show firmly in my morning routine not because it necessarily fulfilled the requirement of educating me about world events, but because it didn’t make me think I was entirely neglecting them. While I’d still have to get my actual news from somewhere else, the light-hearted morning lifestyle pieces mixed with sometimes-serious interviews, combined with the occasional celebrity catch-up, were enough to keep me entertained while making me feel like I wouldn’t be completely oblivious if something important was happening in the world. I knew Matt, Ann, Al, and Natalie would entertain me, but I also trusted them to at least clue me in if I needed to pay attention to a significant event. And I’m pretty sure I wasn’t the only person with that belief.

Last Friday, The Today Show celebrated its 60th anniversary, meaning for 60 years it’s been providing folks like me that same mix of entertainment and important-enough-to-bring-to-your-attention news tidbits. The show paraded past anchors across the screen, and I admit I even got a little choked up during some of the montages about the world-changing events they’d covered: the Kennedy assassination; the moon landing; the fall of the Berlin wall; September 11th. During these moments, the cast continued to refer to themselves proudly as journalists. I remember those references because it seemed like a curious word. Were Today Show hosts actually journalists? “Sure,” I decided, “I guess I can see that.” Journalism isn’t limited to presenting only political and technological events. It’s about investigating all sorts of important issues, and reporting to their fellow citizens the ones we should be most concerned with.

The following Tuesday, the day before the Internet blackout, I was watching The Today Show again, and they were reporting on Paula Deen. More precisely, they were interviewing the Butter Queen herself, and she was revealing to the world, in a Today Show exclusive, that she has — pause to establish dramatic suspense — Type II diabetes. That feeling of shock you’re in no way experiencing right now is the same non-existent feeling shared by me and probably every other viewer. Finding out Paula Deen has Type II diabetes is less of shock than the discovering that cigarette smoke is harmful. It’s less of a shock than when it eventually becomes official that long-term exposure to cell phones causes cancer. A Paula Deen recipe is clearly one of those things where we all know how terrible it is for our health, but we enjoy it so much we choose to ignore the obvious truth. Paula, in the highly unlikely event you’re reading this blog post, I’m terribly sorry for you, but let’s not pretend this was a surprise, OK? Don’t you worry, you won’t lose a penny of my money. I’ll keep eating your delicious fried everything and sugar-filled everything-else until I have less feeling in my feet than I do shock at your announcement. Deal?

The next day, the Wednesday of the Internet blackout, I was watching my morning dose of the Today Show when, at 8:01, Matt sent us inside for our morning news update with Natalie Morales. There Natalie was, as perfectly made-up as always, listing the top stories. She said nothing about the Internet blackout. To be fair, I can’t say I was surprised. While the Internet blackout certainly seems like big news, I admit it might not be bigger than car bombs, or murders, or campaigns, or whatever else Natalie highlighted.

However, recently, at the end of the top stories, The Today Show has introduced a brief segment where the news anchor highlights the things being “talked about most online.” I realize the general silliness of the concept, but surely, on a day when some of the Internet’s biggest websites are very visibly protesting (so much so that I couldn’t write this article until today because (a) I couldn’t fully research it without Wikipedia, and (b) couldn’t get anyone to read it because the social news services were either blacked out or filled with people talking about the blackout), it was reasonable for me to expect some mention of the Internet Blackout, especially in a segment about “What’s being talked about most online.” How could it not be mentioned? SOMETHING. IS. TERRIBLY. WRONG.

As I wrote at the beginning of this post, I wasn’t worried about SOPA and PIPA before the Internet Blackout. After the Blackout? I’m terrified it might actually succeed. And to understand why, I need look no further than Paula Deen. There it was, replacing the Internet Blackout in Natalie’s report about what’s being talked about most online: Paula Deen’s revelation about her diabetes.

Don’t worry, I’m not worried about SOPA succeeding because I think Paula Deen’s diabetes was actually being discussed more online than the Internet Blackout. I know she was featured because NBC clearly has a deal in place with Food Network, which is why The Today Show always features Food Network personalities. They needed to address Paula Deen’s illness, so they did what they thought was best for her brand: put her in a light-hearted interview sitting across the table from happy-as-ever “journalist” Al Roker, and spin it however they could to stop people from thinking, “I’d better stop eating Paula Deen recipes before they kill me.”

Has anyone ever seen a Paula Deen recipe and not thought that?

What people aren’t thinking about is SOPA, and that’s why I’m worried SOPA could actually succeed. If self-proclaimed “journalists” don’t have the integrity — or worse, the actual knowledge — to at least present perhaps the most significant display of online unity in the young history of the Internet, can we reasonably expect mainstream Americans to care about it? Seeing Paula Deen’s sugary-white smile presented as the most talked about story on the Internet made me think maybe I care a lot more about this Internet thing than the rest of the country. If the majority of this country isn’t as invested in the Internet as I am, will they stand up to defend it against the folks who give them things like Paula Deen and The Today Show? Will they even realize what’s happening if the entertainment industry doesn’t tell them?

This morning I had two choices. I could turn my television back to ESPN and watch stories about things like how incredible Tim Tebow is for playing a game until I’m eventually numb enough to actually accept Paula Deen’s diabetes as a more important story than congress’s attempt to bastardize the Internet. Or, I could write this blog post, which no one’s likely to read, and feel like I at least tried to make a difference.

You’re reading this post, so you know the choice I made. Now we need to see if the power of this Internet thing is actually worth saving. Do you see that row of social media share buttons a few inches below? Click any of them, or click all of them, and let’s try to tell the country about more important things than Paula Deen.

Google’s petition against PIPA and SOPA