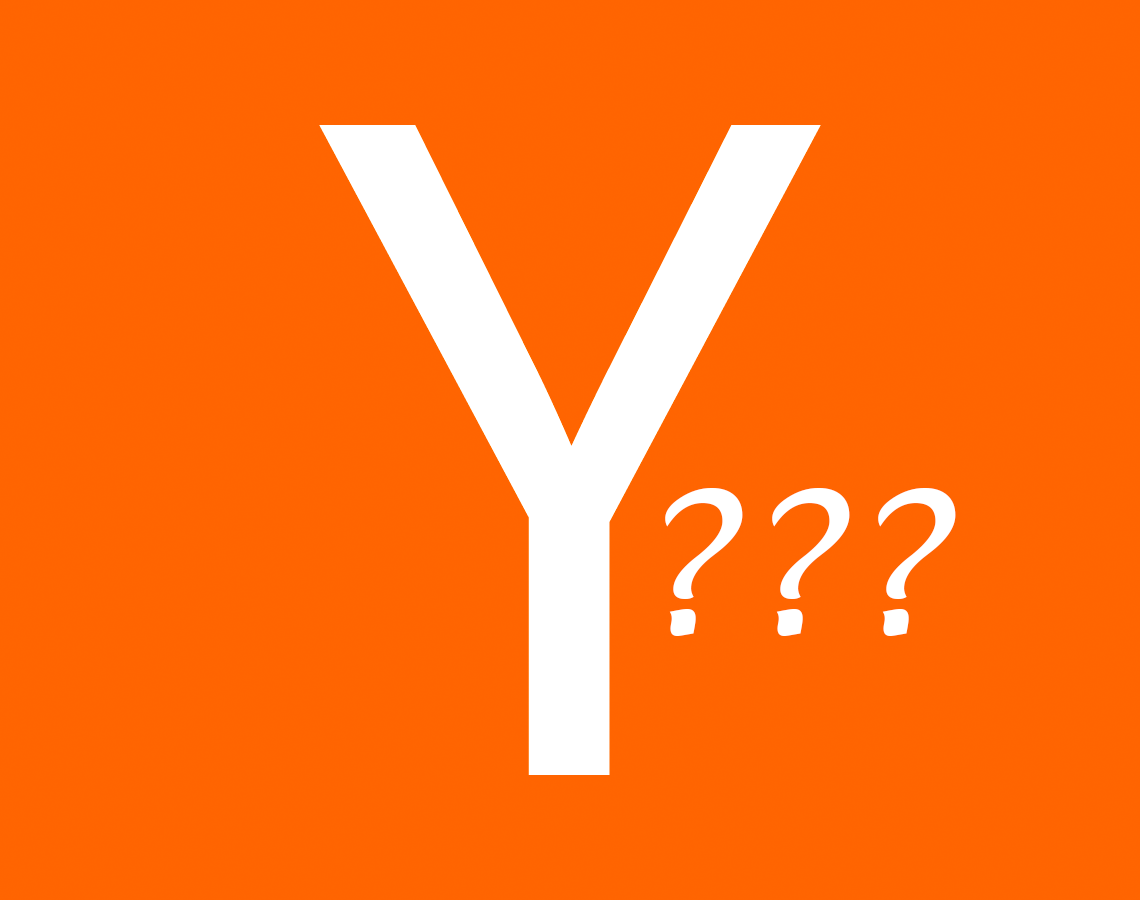 Over the past week or so, I’ve noticed an odd phenomenon at the top of Hacker News: There’s been an abundance of Paul Graham bashing. For example, one article attacks Mr. Graham’s recent essay regarding copyright because it “misses the mark in a big way.” Another article argues that because Paul Graham wrote an essay about “Frighteningly Ambitious Startup Ideas,”Y Combinator’s preference to invest in “startups making relatively small, iterative progress on existing idea spaces” is somehow disingenuous. And a third article goes so far as to map out the number of times, on average, PG resorts to verbal crutches like “uh” or “umm” when speaking.1

I’m not sure of the cause for this recent wave of Graham cracking,2 but, before I jump on the bandwagon, I wanted to come to PG’s defense. He is — and I’m not ashamed to admit it — one of my web-author man-crushes.

To the guy (or gal) who averaged Mr. Graham’s verbal idiosyncrasies, I’ll first appropriate an angsty teen comeback from my youth and tell you to “get a life.” Then I’ll… umm… defer to PG’s well-written response.

To the author of the article telling PG and Y Combinator to “put your money where your mouth is” and invest in ambitious startup ideas, I’ll suggest you re-read the article. Mr. Graham never indicates an overt interest in investing in such ideas. He seems to be implying the opposite. He describes the phenomenon of people applying to Y Combinator with frighteningly ambitious ideas, and, in doing so, he seems to be explaining why he, and other investors, get frightened and tend to shy away. If anything, I read his article as reminder not to apply to Y Combinator with a frighteningly ambitious idea, even if my ultimate intention is an ambitious goal. Instead, he specifically advises the opposite when he suggests, “If you want to take on a problem as big as the ones I’ve discussed, don’t make a direct frontal attack on it.”

Finally, to the author of the article concerning copyright, if you read up on your history of intellectual property, you’ll probably discover that PG isn’t too far off base. Sure, his opening metaphor might be a little shaky if you poke too hard at it, but that’s the case with any metaphor. However, historically, intellectual property, as we currently abuse it, is a relatively new concept dating to the mid-19th century. It derives from 18th century Romantic ideals about originality that eventually began to produce our modern fear of plagiarism. However, back in the not-too-distant past, imitation (i.e. copying) was one of the primary tools for learning. For example Ben Franklin, that bald dude on the hundred dollar bill, was a big proponent of copying other people’s work. In a discussion of Franklin, Peter Stallybrass, a UPenn professor and IP history aficionado, explains that:

For Franklin, ideas were a common treasury to be shared by all. The problem is not imitation or even plagiarism but the claim to intellectual property, a claim that justifies itself by producing plagiarism (i.e. the possibility of shared knowledge) as its moral and legal antithesis. Franklin argued that the immorality lay in the fences that intellectual property erected, which, preserving knowledge for the rich and powerful, prevented its free circulation.3

Now that I’ve come to Paul Graham’s defense, I feel entitled to (lovingly) question what appears to be one of his biggest intellectual contradictions. Mr. Graham, if you ever happen to read this post, how do you explain the seeming contradiction between your well-documented adoration of hackers and your unabashed, capitalist VC pursuits?

As someone who literally submitted his Y Combinator application less than 24 hours before the writing of this post, I should note that I personally applaud your capitalist undertakings, but then again, I’m not someone who runs a website called “Hacker News,” nor do I have a book called Hackers and Painters.4 You, however, do. As a result, your profession and your intellectualism — to me — continue to seem at odds.

Allow me to explain. The foundational beliefs of what we’ll go ahead and call “hackerdom” seem to stem from a Marxist-Hegelian perception of the Internet that Richard Barbrook, one of the earliest theorizers of the Net, describes as “anarcho-communism”.5 If I didn’t lose the last of my readers with that bit of pretentiousness, I’ll describe the concept less-snootily by explaining that it’s that concept of free-exchange of information and ideas in which hackers take so much pride.

What’s at issue, for me, isn’t the idealism of the hacker subculture. Instead, I have trouble rectifying Paul Graham’s obvious adoration for hackers with Y Combinator’s blatant, capitalistic commoditization of hackerdom.

Again, I want to reiterate that I, personally, don’t have a problem with it. I just want to point out that, if folks want to get to the top of Hacker News by writing hostile posts about Paul Graham, perhaps they should be discussing his most problematic actions.

To be fair, Mr. Graham does offer the occasional justification for Y Combinator that suggests money isn’t his top priority. In a brief essay called Why YC, he claims, “We didn’t start it mainly to make money.” Instead, according to Graham, “The real reason [they] started Y Combinator is one probably only a hacker would understand. [They] did it because it seems such a great hack.”

Speaking of hacks, Mr. Graham,6 would a true hacker intentionally deploy a hack that, by commoditizing the subculture itself, violates the very principles on which hackerdom exists?

The very existence of Y Combinator, Hacker News, and the highly-cultivated persona of “Paul Graham” reminds me of a great description I once read about the movie The Matrix,7 so I’ll re-appropriate it here. Y Combinator exemplifies “the capacity of late capitalism and its mass media to commodify everything, including messages of subversion.”

With a little luck, this article will help convince Paul Graham to commodify me.